The Federal Bureau of Investigation is asking everyone with a home router to do one small thing: Turn your router off and then back on again.

The agency issued a warning on Friday asking home Internet users and small business owners to reboot their routers to ward off a pernicious piece of malware called VPN Filter. The malware infects routers during the first stage of an attack that eventually gives hackers great control over the devices connected to the Internet. The malware has been linked to a group believed to be connected to the Russian military.

Read more: Why the FBI says rebooting your router can weaken a global malware attack 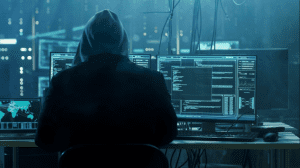